Written by Product-Team Zinc
Updated over a week ago

Zinc’s Hotline analytics capabilities give teams insight into how Hotlines are used at an organization.  The data shows how many requests are being sent to Hotlines, who is using the hotline, and which staffers are responding.  It's also easy to see how quickly hotline staffers are responding to requests as well as how long it takes for requests to be resolved.

“opened at” - The time that the requester reached out to the hotline. It’s the timestamp of the message that they sent to the bot which caused a request to be created and sent to all of the hotline staffers.

“first response at” - The time when a staffer first sent a message in the request conversation. Any kind of message will trigger "first response at" to be recorded - text, photo, video, file, thumb, or audio.

“last interaction at” - The last time that anyone, either requester or staffer, sent a message in the conversation before the staffer clicked the “Done” button.

“closed at” - The time when a staffer clicked the “Done” button, marking the request done and removing themselves and other staffers from the conversation. 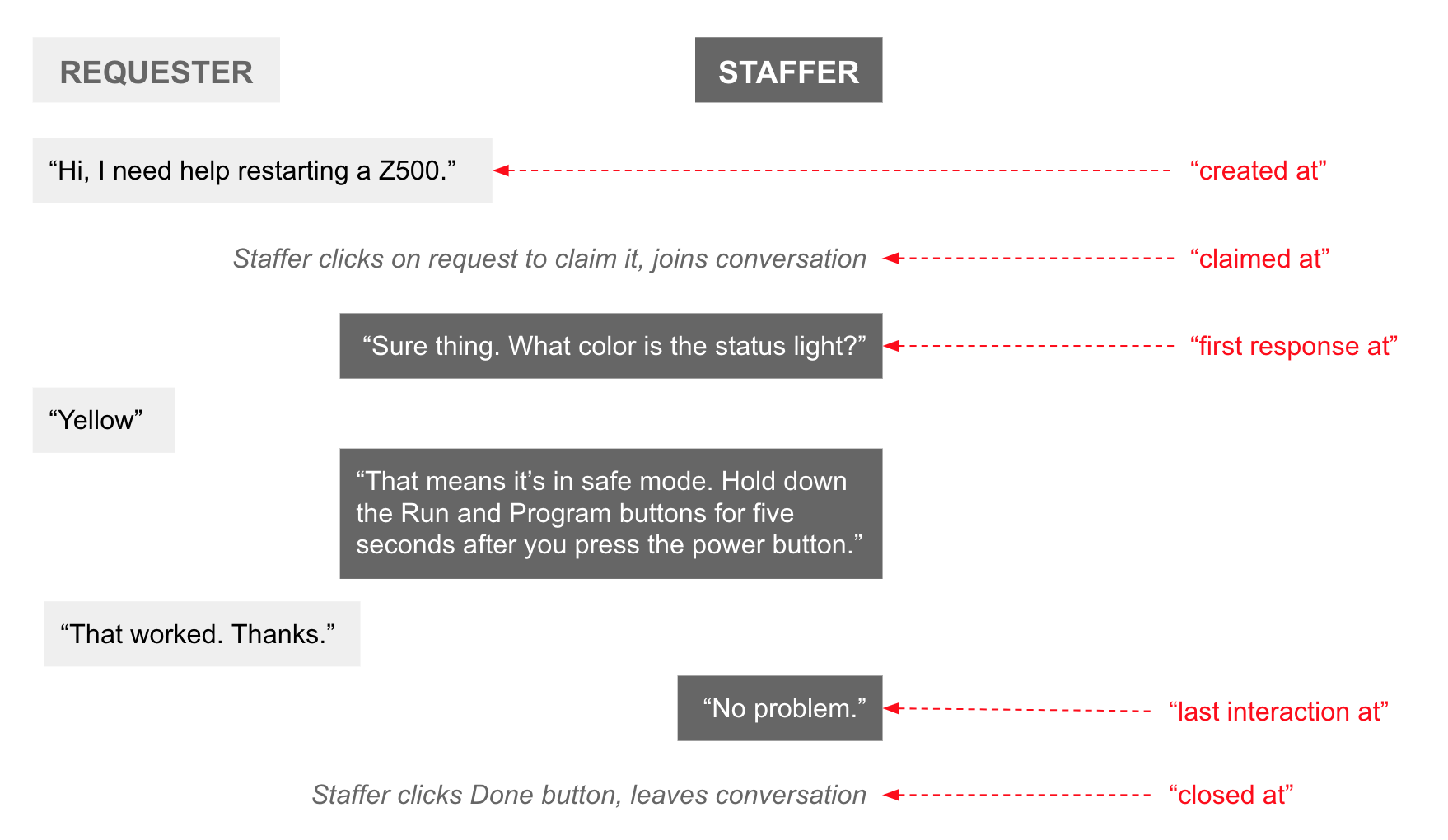 The request data includes several times, measured in milliseconds, which represent the time from when a request was created until when a lifecycle event happened.

“response time” - From “opened at” to “first response at”

“handle time” - From “claimed at” to “last interaction at”

“resolution time” - From “opened at” to “closed at”

Each report populates systematically after a new Hotline is created. A detailed breakdown of available data is below: 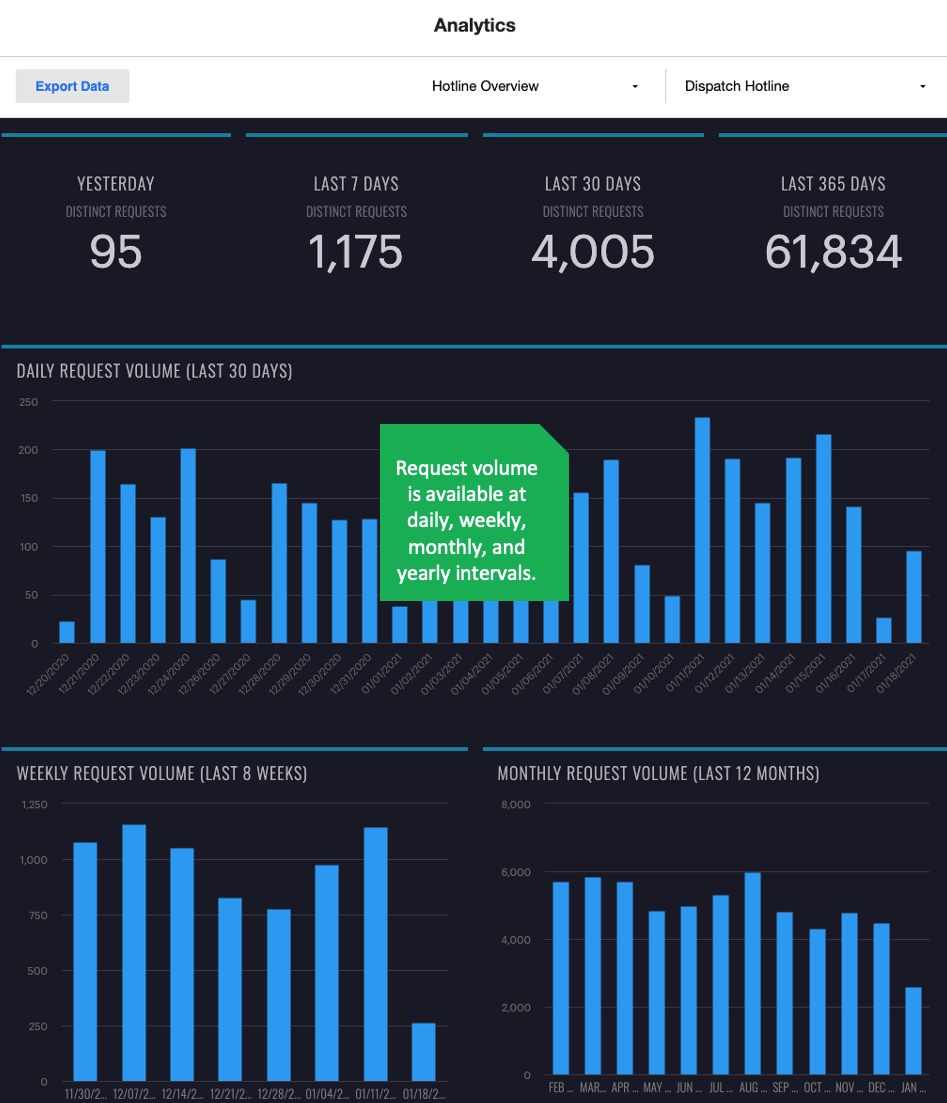 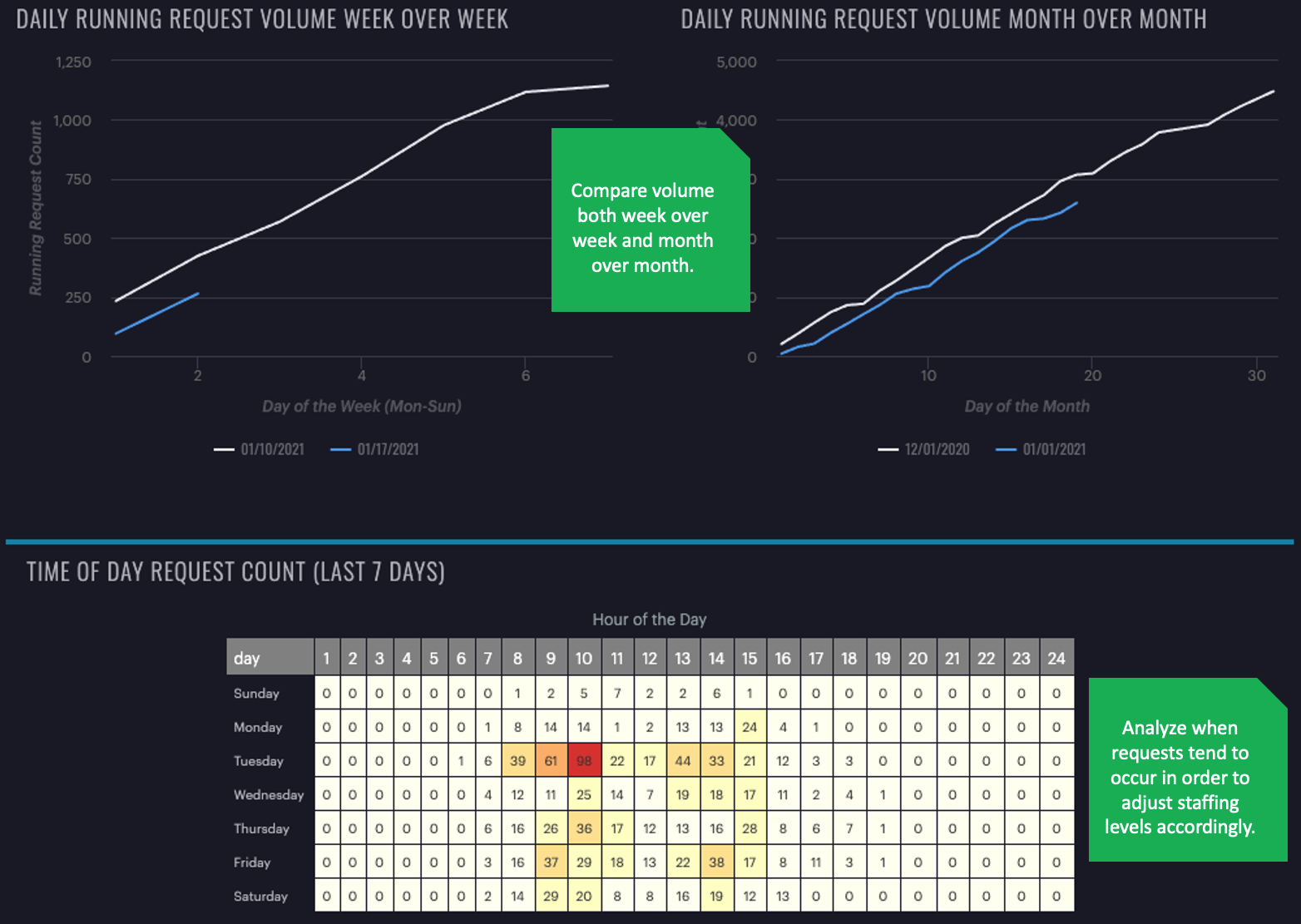 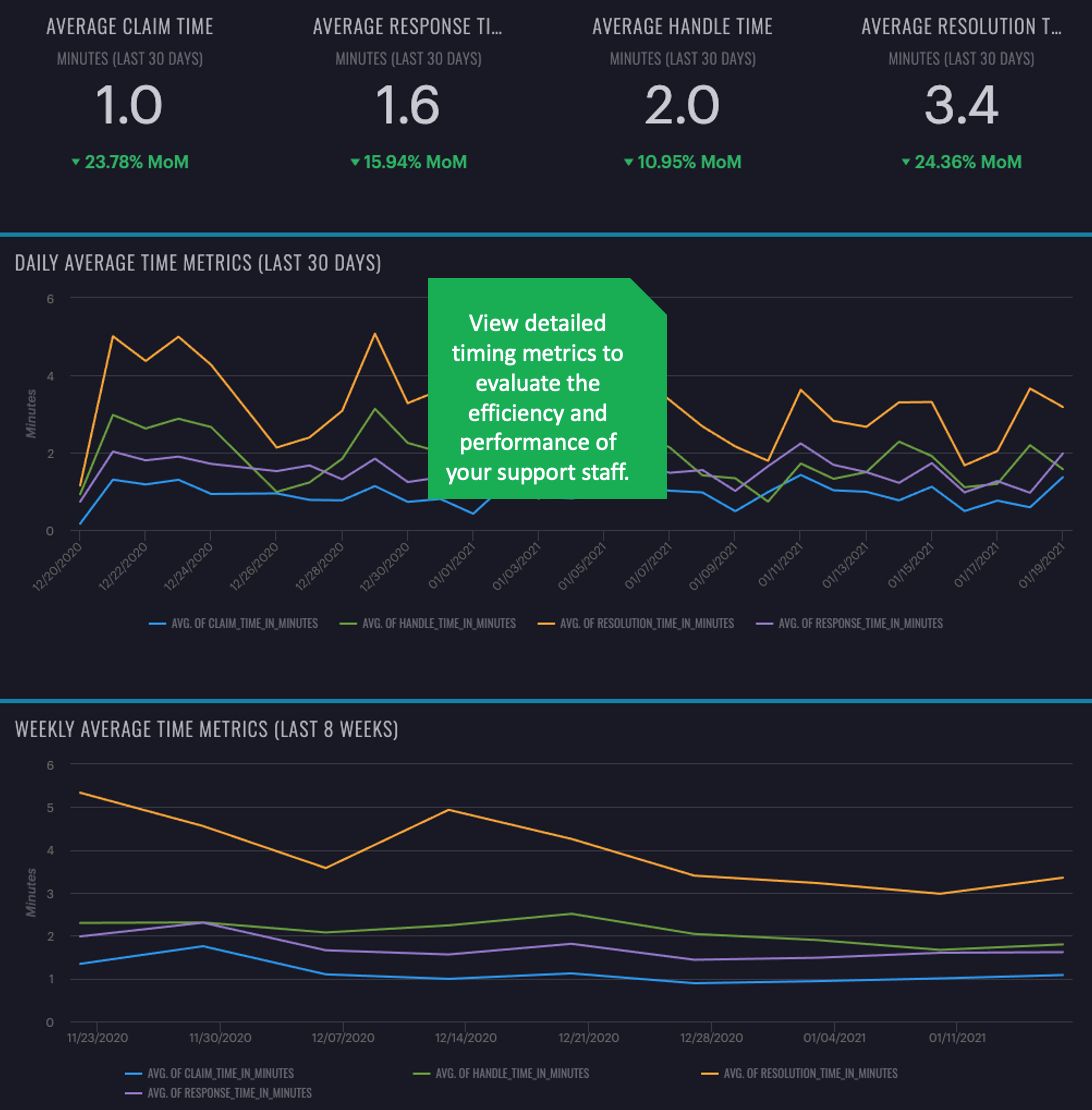 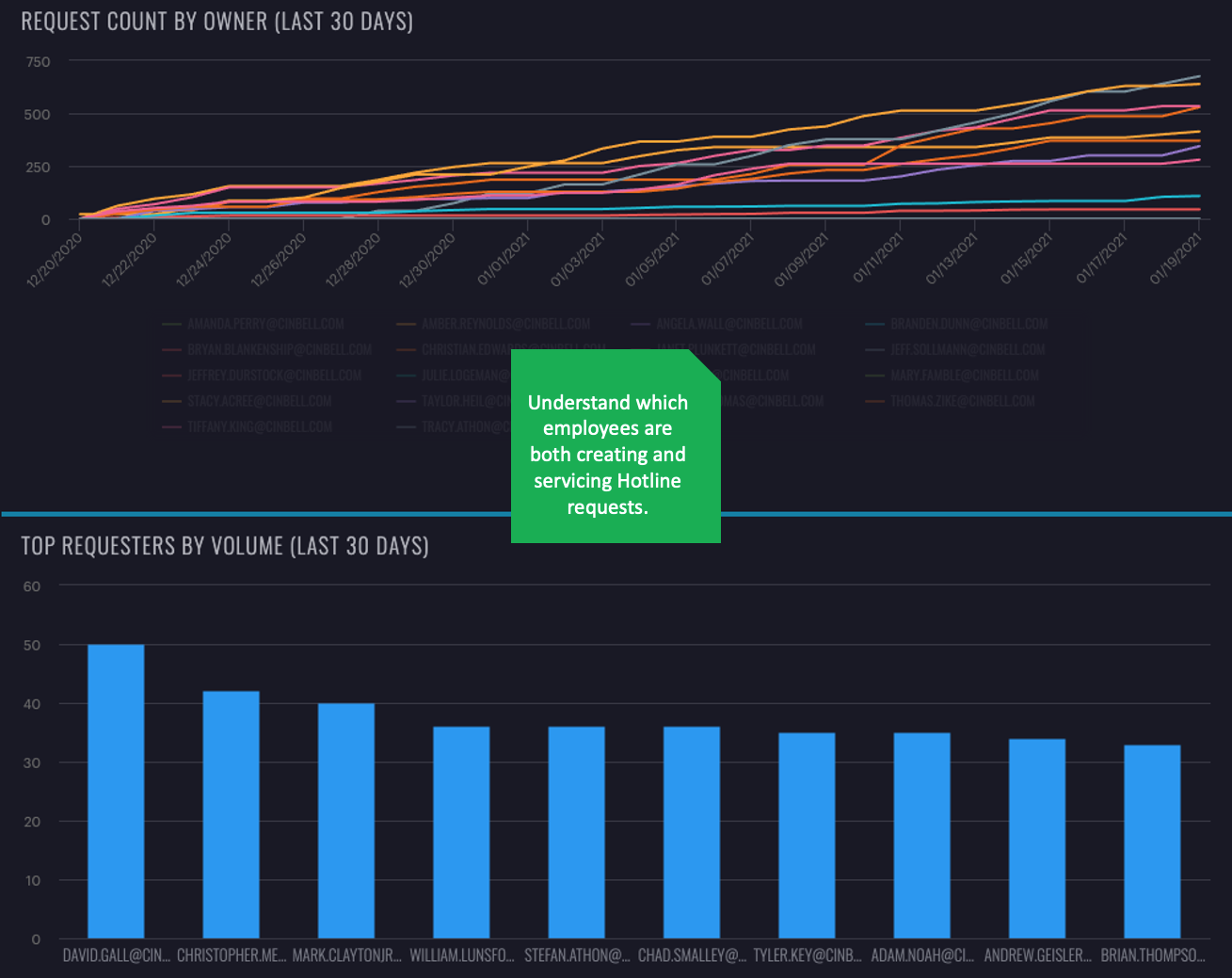